On International Women’s Day, I’ve partnered with Redbubble to bring you a. some joyous images of fat bodies being unabashedly, gloriously celebrated, and b. some thoughts on whether vulnerability has a place in women’s empowerment. Redbubble is at its core a print on demand service, but one with a difference. For starters, their product range is mind bogglingly vast. Just to give you an example, although I’ve been working with Redbubble for quite some time, I had no idea that they did plus size t shirts that Owen could wear in the same designs as me! Despite the plus fashion boom, it’s practically impossible to find cute graphic tees in his size, so realizing that Redbubble’s product range includes t shirts in a world of graphic prints that my (very picky former illustrator/artist/animator) husband will love has honestly opened up a whole new dimension for me.

Click here to shop this design and the rest of my feminism themed art picks on Redbubble for Women’s History Month. For reference, I’m wearing the XL and Owen’s wearing the 5XL in the classic tee.

But why am I talking about my husband on International Women’s Day of all days? Today, obviously, isn’t about him. Today is all about celebrating women’s power! Or is it also about how a lack of intersectional focus in mainstream feminism ends up harming marginalized women in much the same way that the patriarchy does? I could say that I was raised in a feminist atmosphere. Unfortunately, my mother – who was a committed second wave feminist – was also deeply homophobic, transphobic, and fatphobic, as well as being my abuser. Early on in my teens, I had to learn to divorce her toxic brand of feminism from what it meant to me. Even then, I remained uncomfortable with certain aspects of feminist rhetoric.

Integral to what I knew as feminism was the principle that women should be strong, invincible superwomen – boss ladies and supermums. This was the 90s, the era of girl power when women were expected to have it all – a high flying career with the perfect family life. And here I was, a fat, depressed, socially anxious teenager, abused at home and perennially on the margins of my peer group thanks to my size, nerdiness, and intense awkwardness. I didn’t want to be strong, I was tired of being strong. I was tired of surviving through the abuse and the social isolation – I just wanted to be accepted and held and loved. And I simply couldn’t reconcile that with being a feminist. Feminism wasn’t softness and vulnerability, those were signs of weakness where feminism meant strength. The fact that I was exhausted from constantly having to be strong meant that secretly, I was a bad feminist.

At University, when I discovered fat positivity and fat politics and my world was dramatically turned upside down, I was alienated even further from the mainstream, second wave style feminism that I’d grown up with. While I was devouring every single fat positive text, blog and author that I could find, and finally allowing myself to be the person I wanted to be, feminist rhetoric prevalent at the time kept reminding me that taking pleasure in my fat body, espcially sexual pleasure of the kinky sort was not just degrading to myself but dragging women’s empowerment back to the stone age. It was a complex time of reconciling my corporeal body with my bisexuality and what gave me pleasure. I was learning to see myself as the person I was rather than the person I thought I should be and there was no space left to accommodate the censoriousness and guilt that feminism heaped upon me. Finally, I called it quits. For the first time in my life, I was allowing myself to be vulnerable and asking for help instead of retreating behind the toxic, stifling armour I had built for myself in my teens. I was in my first relationship and I was letting down my guard for the first time, stripping my layers of emotional armour one by one even as I stripped my layers of baggy, dark clothes to stand naked and vulnerable in front of a woman I loved. If living my best life in my fat body and exploring how it could bring me pleasure instead of the emotional anguish and suffering I had drawn from it so far wasn’t in line with feminism, then I had no choice but to reject that ideology. And so I did.

It wasn’t until I was in Grad School at York and imbued with the spark of intersectional feminism  that I started thinking of ways in which feminism could apply to my person and my life again. Intersectional feminism was a revelation as it seamlessly married my core beliefs of female empowerment with inclusivity across all the different identities that make us who we are. As individuals, as human beings. A feminism that was fat positive, racially and culturally welcoming, trans and queer inclusive, and against white hedgemony felt like a home I could see myself in. For the first time, I felt welcomed by feminism rather than being judged by it for falling short. Obviously, it’s not all rosy and perfect. Intersectional feminism is still nascent in its scope and reach, even as there’s pushback from transphobic, rightwing, antiblack and anti-immigrant groups. But without this key notion that being vulnerable and soft (inside and out) and needing the support of others doesn’t make me a bad feminist, I would never have come back to feminism.

Empowerment and strength means very different things to different people. For me, laying bare my vulnerabilities to another person and asking for help is one of the most empowering things I can do. Because, unlike feigning strength and closing myself off to the world, it’s really really impossibly hard for me to ask for and accept help. Today I suffer from a long term disability that’s marked my life for years. My mental health continues to be fragile. Thanks to the lockdown, I’m more of a shy, awkward introvert than I ever was. I need my husband’s support on a daily basis, sometimes even for basic functions like getting dressed or going to the loo. He’s my rock and has been so for the past 7 years that we’ve been together. Despite working full time, he often takes the lion’s share of childcare and housework when my pain has immobilized me.

Most days my body feels broken and brings me nothing but grief and suffering. But sometimes, once in a rare while when the sun is shining and the woods are flush with the golden light of spring, I take this broken body and dance under the tall pines with my husband. He holds me and he brings me the first snowdrops and I put them in his hair. I wrap my arms around him and remind myself that needing him to be my caregiver, my rock doesn’t make me any less of a feminist. And then we weave our love into these glorious, joyful photos as a way of reminding everyone who has ever been marginalized because of their bodies that all bodies are good bodies. Fat bodies, disabled bodies, trans bodies, queer bodies, bodies of colour – each and every one a good body. It’s kind of what we do.

It’s not a failure of feminism when I need my husband’s help with the simplest everyday tasks because my disability won’t allow me to perform those tasks on my own. It’s not a failure of feminism that I’m dependent on my husband (a man! shockgasphorror!) to manage my daily life. To openly admit that you need people in your life, to ask for help and draw strength and support from them – that requires real courage. You are allowed to be vulnerable, you’re allowed to relinquish conventional narratives of what constitutes strength and empowerment. Vulnerability can never be a failure of feminism, it’s only exclusion that will be.

7 thoughts on “Can vulnerability ever be empowering?” 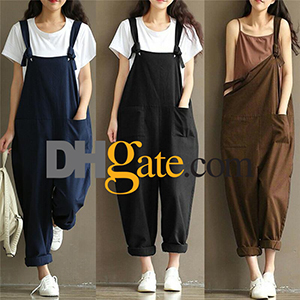